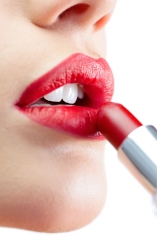 Recently, a male classmate, who I will call T, overheard me talking to a friend about makeup. He interrupted, “Why are you wasting your time with that stuff?”

“I don’t think it’s a waste of time,” I said. “I like doing my makeup. It makes me feel happier.”

“Oh, come on. Nobody really wears makeup because it makes them feel ‘happy,’” said T. “Girls only wear makeup to impress guys.”

“That’s not true,” I replied, getting more irritated. “I think girls can wear makeup as a form of self expression. It’s not always to make some guy look at them.”

First of all, I like makeup, and I like makeup tutorials. I like watching Tanya Burr blend in her foundation. I like watching Zoe Sugg unabashedly cover up her acne with concealer. I like watching Essie Button admire her new bronzer or gush over new lip gloss. For me, it’s almost therapeutic to pat in my concealer over my dark circles or to line my eyes with my brown pencil. I don’t think it’s wrong to wear makeup. In fact, I think it’s empowering. These beauty gurus know how to look good, and they own it.

But much like T, not all guys agree. There is the infamous Men-Hate-Red-Lipstick trend, exemplified perfectly in this Huffington Post article titled 23 Trends Guys Hate But Women Love (the basis of which, I will note, is intrinsically problematic). Two guys lament their girlfriends’ lip product choice. One whines, “[I hate] really really bright lipstick, because ‘gross you’re going to get that on me.’” Another complains, “It’s like hooker red lipstick.”

PSA to women everywhere: ignore guys like these. They’re uncomfortable because women are doing something that they don’t like. It makes them cranky to see women pursuing their own ideas of beauty, for themselves, instead of complying with male-determined standards for beauty. Furthermore, that second comment suggests the shaming of sex workers, which is problematic in its own right.

So I don’t think that first guy has to worry about “getting any on him.” He’s lucky if any woman wants to touch him with a ten-foot pole, much less get anywhere near enough to get their fabulous lipstick on him.

The flip side can be just as bad. There’s an anonymous quote in support of lipstick from another Huffington Post article titled “Here’s What Guys Actually Think About Lipstick” (side note: Huffington Post, what is your problem?!) that reads, “Girls wear lip gloss. Women wear lipstick.”

These quiet social constructs are just as harmful as the louder ones that confine “real womanhood” to thigh gaps and perfect cheekbones. The truth is that every woman is a real woman. Fat women, skinny women, transgender women, straight women, women who wear makeup, women who don’t, women who drink their coffee black, women who enjoy vanilla lattés—all are real women.

In the same way that a painter will use watercolors to create a piece of artwork, makeup can be used as a form of self-expression. Maybe we don’t think of it that way, but many women consider their gorgeous eye shadow a form of art. Justification for makeup doesn’t have to be male-centric; you are allowed to wear makeup just because it gives you more self-confidence, just because it makes you feel happy. As long as you love your makeup-free face as much as your makeup-accentuated one, go ahead and put on as much makeup as you want. I love my bare face with its dark circles and the unruly caterpillar eyebrows I inherited from my dad just as much as I love my face with concealer and eyeliner.

As for the women who do wear makeup to get male attention: so what? What exactly is wrong with a woman taking an extra step to impress a guy she likes? We don’t shame men for putting some gel in their hair or running a lint roller over their pants on their first dates. By shaming women for wearing makeup to impress men, we perpetuate this harmful double standard that it’s okay for guys to take an extra step, but not girls.

In a weeklong experiment conducted by two Buzzfeed employees, Erin La Rosa, who normally wore makeup every day, stopped wearing it for a week. Conversely, Maycie Thornton, who rarely wore makeup, wore a full face of makeup each day for the same week. Each woman detailed her experiences in day-by-day analyses.

Somewhat surprisingly, their conclusions were fairly similar. Erin and Maycie both noted that they felt more confident and acted more assertively. “I think that not wearing makeup can be as much of a mask as wearing makeup,” wrote Maycie. “I think a lot of women who don’t wear makeup do so because they don’t feel they are beautiful enough, or worth the time and money that makeup entails. In the same way that women who usually wear makeup feel insecure without it on, women who usually don’t wear makeup, like me, can feel insecure with it on.”

Erin wrote, “As long as you’re confident, with or without makeup, people will treat you exactly the same.”

In a society where female celebrities’ bodies and faces are torn apart by tabloids and sneering men with unwashed sweatpants and two-dollar haircuts, women deserve to feel beautiful more than ever, whether they wear makeup or not. They shouldn’t care what guys have to say about it.

So, I will fill in my eyebrows. I will wing my liquid eyeliner. I will smear bright red lipstick across my mouth without thinking twice about which guys don’t want to kiss me. Because my makeup is not for them—it is, as it has always been, for me.